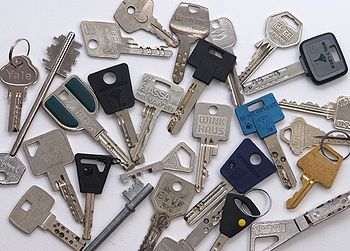 Parts of a Key

Code(s)
Characters stamped on the bow of the key that define what the cut depths for the key are or what model the keyway is. Some keys stamp the exact bitting code on the bow to facilitate key duplication. Others obfuscate the code and require software or a codebeook to decipher the bitting code. These are known as direct and indirect key codes, respectively.