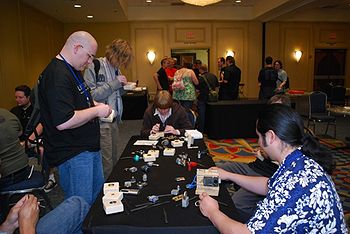 In the years that followed The Open Organisation Of Lockpickers (TOOOL) was founded in the Netherlands. TOOOL quickly became an influential group, being one of the first groups to publish information regarding key bumping as well as working with European lock makers to disclose security vulnerabilities. In 2004 Eric Michaud met with Barry Wels at the HOPE (Hackers on Planet Earth Conference) and with a anonymous co-founder set the stage for TOOOL US. Eric and the Co-Founder quietly started a TOOOL US chapter at Princeton University, where in 2006 with the later addition Babak Javadi, Eric Schmeidl, and Schyuler Towne at the HOPE conference that year announced TOOOL US to the public.