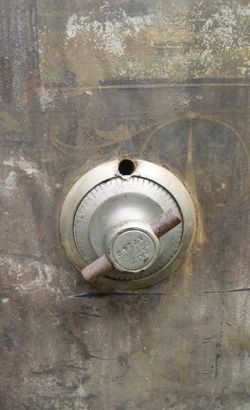 The addition of Glass Relockers in some high security safes prevents drilling attacks, the relocker is a device (in the case of drilling protection it is usually glass) if triggered prevents the safe from being opened even if the correct code is entered.

Safecracking in the Media

Safecracking in the News